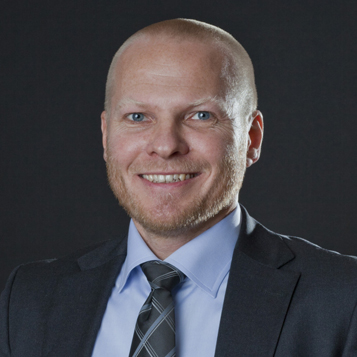 Frode joined Zacco in 2010 as an Attorney at Law. He works primarily with intellectual property rights, including trademarks, copyright, design, and patents; litigation and dispute resolution/enforcement; unfair competition and marketing law; as well as IPR strategy work in general.

Frode received his law degree (Cand. Jur.) from the University of Oslo in 2000, after having also served as a research assistant at the Faculty’s Institute of Public Law during 1998/99. He was admitted to the Norwegian Bar in 2003 and has practiced as an attorney over several years, inter alia in the law firm Haavind AS and in the IP consultancy firm Bryn Aarflot AS.

He is approved as an external lecturer at the University of Oslo, Faculty of Law. He is a member of the Norwegian Bar Association, the Norwegian Group of AIPPI (Norsk Forening for Industriell Rettsbeskyttelse – NIR), Fonip (the Association of Norwegian IP Advisers), as well as the Pharmaceutical Trade Marks Group (PTMG) and INTA.

Frode André Moen has each year from 2014 been elected IP Star by the leading IP industry magazine “Managing Intellectual Property” – you can find his profile in this respect here. Additionally, he is named among Norway’s leading trademark professionals by the leading trademark website and magazine “World Trademark Review” (WTR), and he has also been individually recommended by WTR, see more here and here.